Every year I photograph the dance concert Hope of the World put on by the St George Dance Company. I love this concert, it is unlike any other Christmas program or performance. It is the Nativity story in dance form. I married a dancer and dance has always been part of our life and always will be. I love that they do this every year. It is a very neat way to tell this story, the most emotionally impactful way in my opinion.

A Kolob arch of a different kind. I’ve actually never been to Kolob Arch which is about 7 miles from the spot this image was made. Getting to Kolob Arch is a 14 mile round trip. This Kolob arch was easy to get to, but not exactly an easy image to make.

This was my first attempt at a shot like this. Lessons were learned and I would like to go back and try again.

I’ve mentioned this before, but I love shooting at night because it is so peaceful and by peaceful, I mean no people. Shooting at night is not quiet. The darkness brings out all kinds of critters. The entire time I was taking these photos I could hear critters rustling in the bushes, owls calling, bats chirping, and insects singing. It was a beautiful nighttime symphony.

This nightscape image is MacKenzie Falls in Grampians National Park in Victoria, Australia and the Milky Way. A lot of time and effort went into this image. First and foremost, I flew to the other side of the world to take it. Second, I keep coming back to the photos I took on this particular night and revisiting my edit. I’m not sure I’ll ever be fully satisfied with the outcome, but each time I revisit MacKenzie Falls in my photo library, I choose a different perspective. This is about my fourth attempt to create the image I wanted.

Every time I revisit these photos, I also relive the experience of that night. That night was a special experience that was part of a larger trip to the other side of the world to visit my parents while they were in Australia. My dad scouted the location before we got there specifically to make a Milky Way photo under the Southern Hemisphere sky.

My dad and I drove through the windy Grampian mountain roads around midnight, dodging kangaroos along the way. We hiked about a mile in the dark to the base of MacKenzie Falls, where we spent most of the night working the scene you see here. Unfortunately, there were clouds in the sky when we arrived, and the moon wasn’t below the horizon yet. So we set up our cameras and waited in the dark, with the roaring falls keeping us company.

The clouds eventually cleared, and I approached this scene from several angles. I made several panorama shots at both 24mm and 50mm.

This image is 14 shots for the foreground shot in two rows with 7 shots each and stacked for noise reduction and then turned into a panorama. The sky is a three row panorama with 7 shots stacked for each row making 21 images total for the sky. They were all shot from the same tripod location at 24mm. The sky and the foreground were blended in Photoshop. The foreground is also lit with low-level-lighting.

This next photo is not mine, but it gives the falls some scale.

After spending several hours at MacKenzie Falls, we hiked back to the car and drove to Reed Lookout in the hopes of capturing the Magellanic Clouds.

I think the Magellanic Clouds are the neatest features of the night sky in the Southern Hemisphere. There is just nothing else like them in the Northern Hemisphere. Under dark skies, they are clearly visible to your naked eye. I really really wanted to get a picture of them, even though the conditions weren’t ideal. Dawn was approaching fast and we were shooting toward some light pollution. I’m still happy I got this shot. I actually had nightmares about not getting a photo of the Magellanic Clouds.

Dawn was approaching so we drove back to our rented cabin and slept for a few hours before heading out on the next adventure to the Twelve Apostles. The Twelve Apostles visit wasn’t really photography focused, but I did get a couple of snapshots in the area.

If you have ever driven up Cedar Canyon on Highway 14, you have passed what looks like it should be part of Cedar Breaks National Monument, but is in fact, not part of the monument. Some refer to it as “First Breaks” or “False Breaks,” When the sun sets, this small section of iron oxide eroded shale, limestone, and sandstone becomes brilliantly saturated with color. It offers a unique sunset perspective. Cedar Breaks itself is a natural amphitheater that is inaccessible from this point of view.

My eyes have been drawn to this formation at sunset many times. Every time I wish I had a camera in my hand and was standing in the right spot. I’ve yet to photograph this to my liking. The sky wasn’t very dynamic or exciting on this particular day, but I did spend some quality time here with my dad, waiting for just the right moment. After over an hour of setup, test shots, composition checks, we were rewarded with a few minutes of direct sunset light hitting just right and saturating the colors as we hoped.

I took several compositions, but my favorite is a 12 frame panorama. I shot the pano vertically from left to right at 200mm. When you zoom in, there are so many interesting details. Trees grow precariously on some of the steepest sections. Trees in various stages of life. The skeleton of an ancient bristlecone pine tree.

This is partially a post about how I spent some quality time at the Warehouse Bar + Kitchen filming 80’s tribute band “The 8eez” and partially about how amazing it is to take a screen grab of a 4K video.

State champs is over which means the mountain bike season has sadly come to an end. I wasn’t ready for it to end. I had a blast this year as the ride leader for the Iron Giants JV A and Varsity boys. I spent five months chasing them at practice. They always left me in the dust. I suppose most practices I rode by myself :) I loved that this group can ride farther and faster than anyone else, which means we were able to do more at practice, ride more challenging trails and ride more miles.

This year the league held the first-ever head coaches race. They raced after all student-athlete races finished. Coaches got time deductions for wearing costumes, reciting limericks, eating cookies in the feed zone, etc. The coaches' race drew a huge crowd, bigger than any single student-athlete division. The energy was amazing. It was a great reminder that having fun is a big part of the NICA way. It was also a good reminder that we shouldn’t take life so seriously all the time. 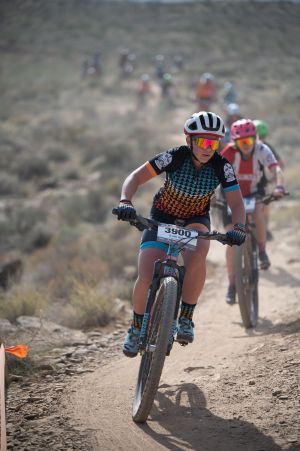 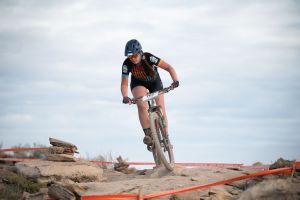 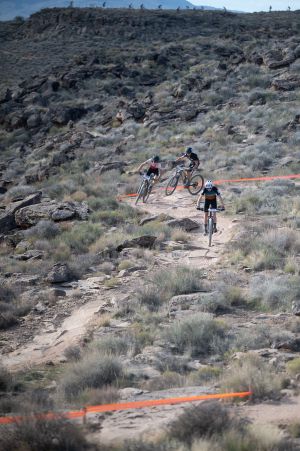 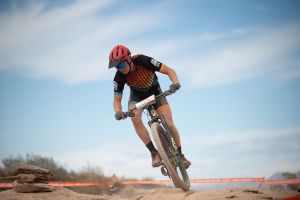 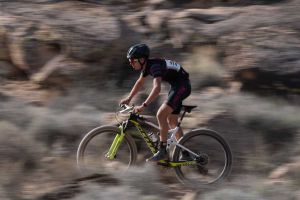 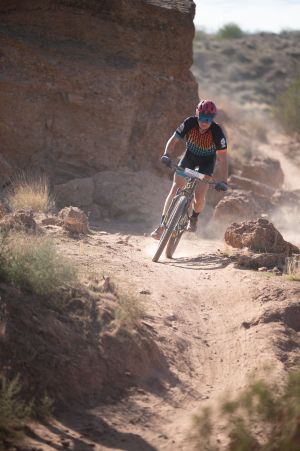 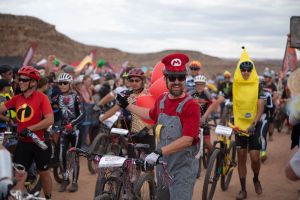 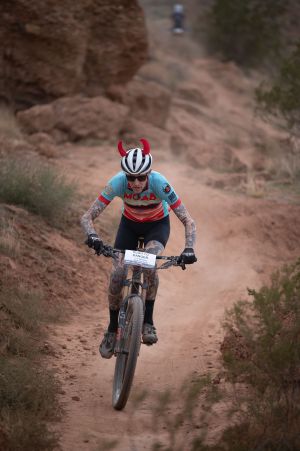 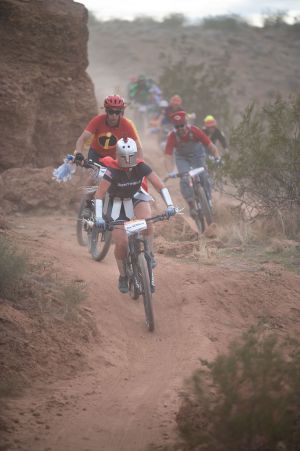 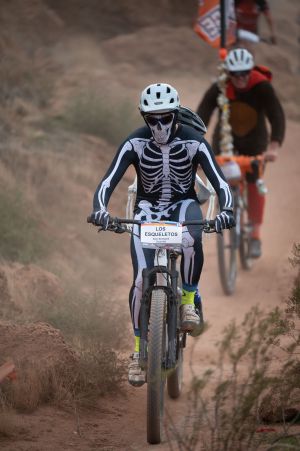 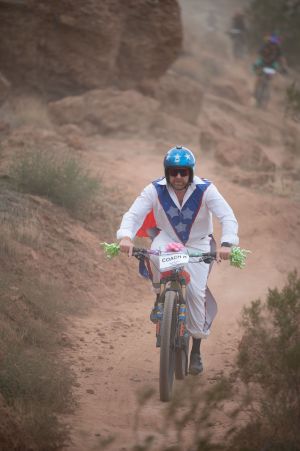 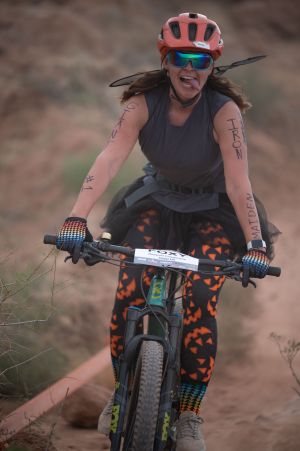 If you don’t look back on old work and cringe, you aren’t progressing. In my day job as a programmer, that is also very true. If you look at the old code you wrote and don’t cringe, then you probably aren’t improving as you should. It can take a lot of willpower to see old code and resist completely re-writing it. In the programming world, that is a lousy practice most of the time, unless you are already in that code to add new things or fix things. It is a bad practice because it can potentially introduce new bugs and probably waste time you could be spending on new features and functionality. In short, it is counterproductive.

Refactoring old photos, on the other hand, is probably a good idea. New techniques, software, and knowledge can make a dramatic difference with photos. Also, when you are new to photography, even new to a new type of photography, you almost always overdo things. What looks good is subjective, but I try to go for more natural feeling edits. Unfortunately, some of my early nightscapes are far from “natural” feeling. Here is an excellent example of how I’ve progressed with my nightscape editing. The first photo is my updated editing style. It has more natural tones, the stars aren’t “juiced up,” and the saturation is toned down. The second photo is my original edit from 2017.

Even my updated edit leaves me cringing a bit. Although new editing techniques and new software can make a big difference, there are things you can’t go back and change. For example, I can’t go back and change the camera I used, the lens I used to take the photo, and the techniques for capturing the exposure (camera settings, exposure, star tracker, etc.). I was brand-new to nightscapes in 2017, and I had a lens that I thought would be amazing for nightscape/astrophotography that turned out to be terrible. The Nikkor 24mm f/1.4 lens is a terrible lens for night skies because of what it does to stars in the corners and edges of the frame. I sold this lens several years ago in favor of lenses that produce much sharper stars.

I have never been very intentional about landscape photography, and I want to improve. I’ve realized I’m just a beginner when it comes to landscape editing. Like Astrophotography, good landscapes require a lot of post-processing. I’m starting to appreciate the sophistication that goes into great landscape edits. Even the landscape master, Ansel Adams, had a very sophisticated post-processing workflow in his darkroom. Each print he made was essentially edited by hand according to his detailed notes of where to apply dodging and burning.

The negative is comparable to the composer’s score and the print to its performance. Each performance differs in subtle ways. -Ansel Adams

I took the kids to Three Peaks this evening and let them climb on the rocks while practicing some landscape work. I captured a few scenes, but this is the one I liked the best. After that, I put my new Photoshop skills to work. I’m sure I’ll look back on this photo and hate it. When learning new editing skills, it is easy to overdo them.

New skills employed on this photo: 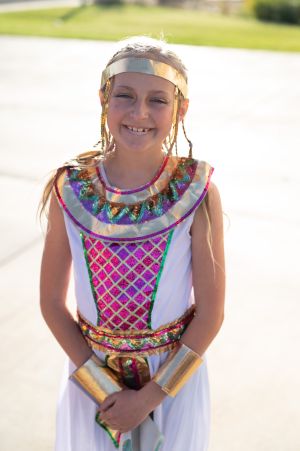 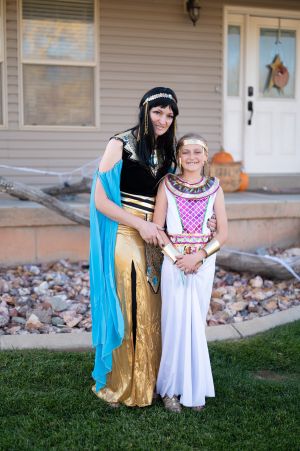 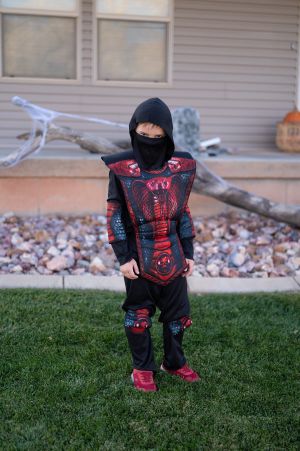 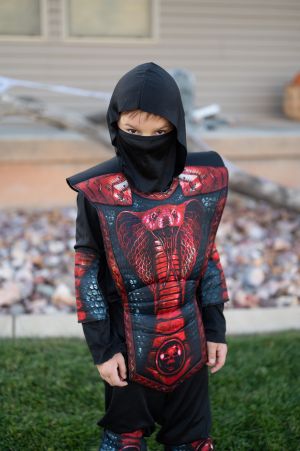 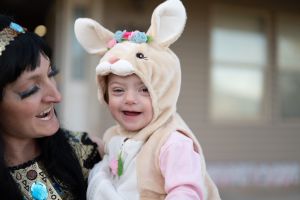 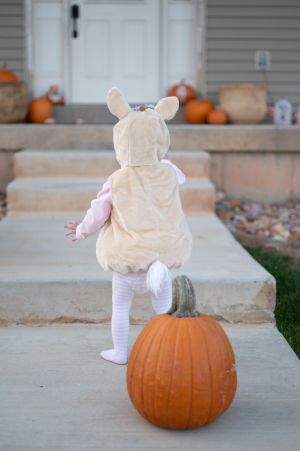 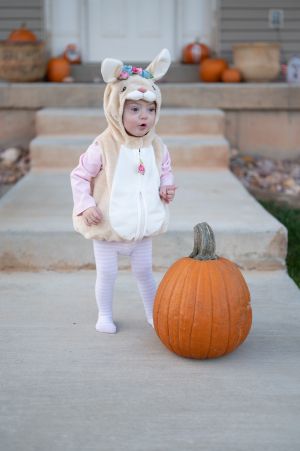 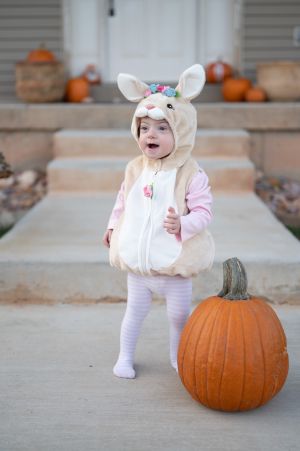 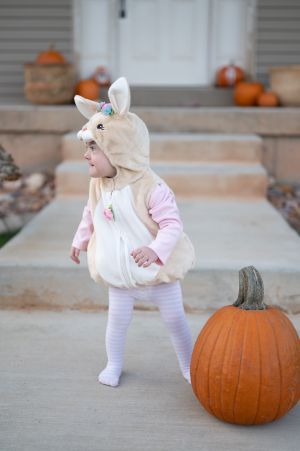 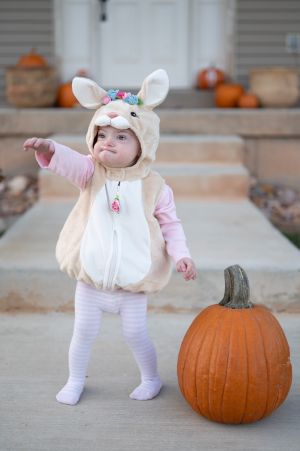 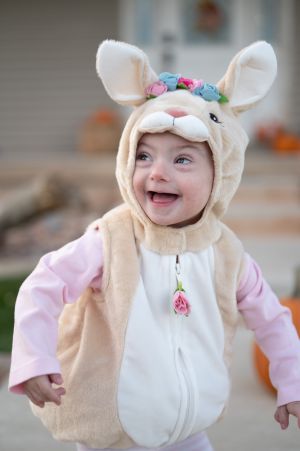 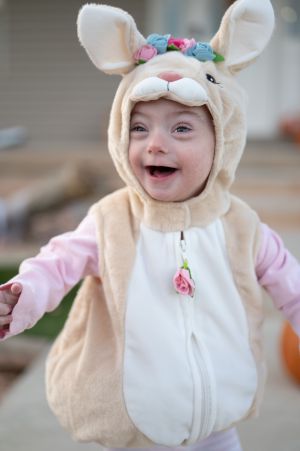 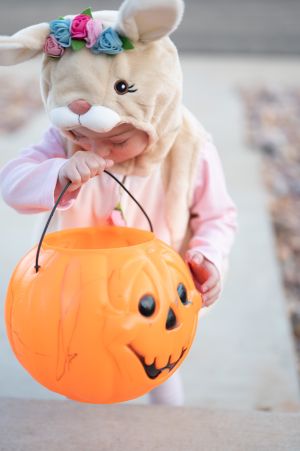 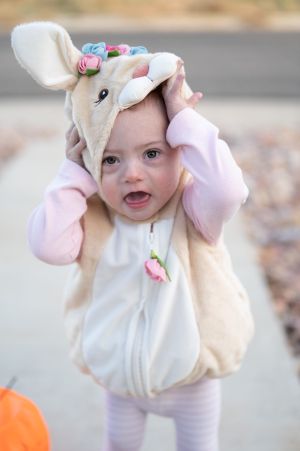 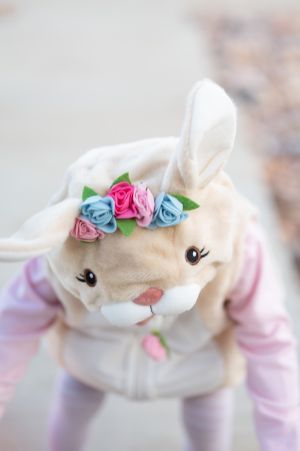 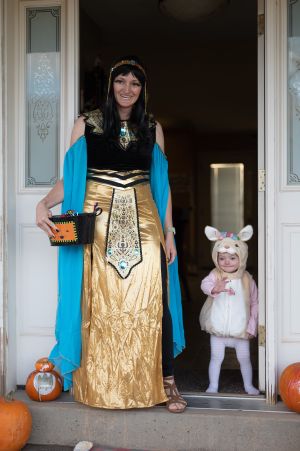 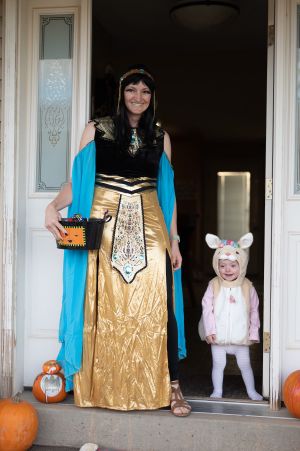 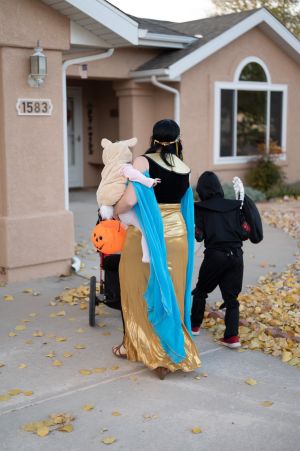 As a coach on the Iron Giants mountain bike team, I became the self-appointed team photographer. What else does a guy with all the gear do? On race days, I don’t stand still for very long. I end up crisscrossing the course for about 12 hours straight without really taking any breaks. As a result, I appear and disappear all day long. That behavior has landed me with the nickname “Wizard Ninja” from the other coaches. Tonight at our team dinner, they gave me this little ninja guy with a camera to recognize the photography wizard ninja behavior 😁. I love this team. The camera is hand-made and has little photographs representing me inside it, often with my hat backward as I take photos, my bike, and my truck. Neat.